Earlier this Monday, we embarked on a trip to find Seattle’s Luna Park. While the park is noted as a great spot to catch the sunrise. I know better than to expect my wife to get out of bed early enough on the weekends, or any designated holiday, to accompany me to a spot that doesn’t provide coffee and a hearty breakfast. Knowing that our usual way to the area was constricted by long over due repairs and construction, we took the long, local route. Talk about a headache. The alternate route took us three times longer than usual. While allowing us to pick up a couple of bagels and coffee. I was promised that there would be no more trips to the area until the bridge was reopened. All things said, we both really enjoyed the beautiful weather and breath taking view of the city we’ve called home since June, 2017.

It happened again. Just the way it happens every time it happens. I leave home under the guise of breakfast and a nearby coffee shop and end up with a change of plans before I’ve finished my last piece of French Toast. Instead of heading to a local coffee shop to read the books we recently picked up or head out to do some food shopping at the not so local middle eastern supermarket. We drove to nearby Gene Coulon Memorial Beach Park in nearby Renton. Being that it was such a beautiful day and it was my first time there. I knd of wished I had brought my camera, a couple of lenses and my flash. Instead, and maybe for the better. I took a couple of shots with my iPhone. And  while I was able to get a pretty good shot. I couldn’t help but feel naked without my trusty Canon. Especially having taken time the night charging its battery, formatting my card and checking the cameras settings. Maybe it’s time to start leaving the camera body and lenses locked up in the trunk of my car. This way, it goes everywhere I go. 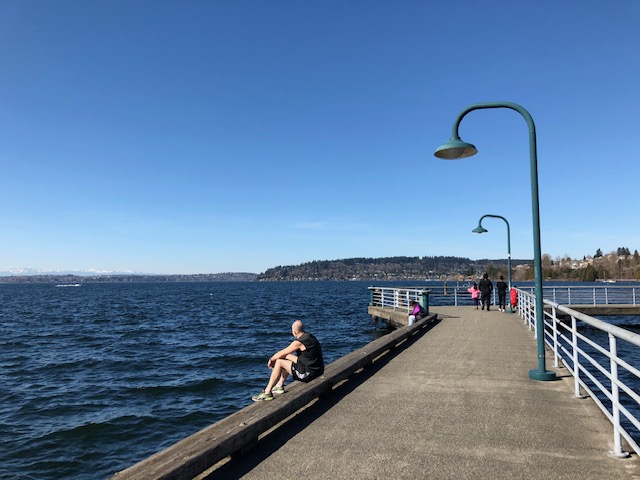 For our first trip to New Jersey since our move to Seattle back in June, we decided to stay in Asbury Park in order to remain within striking distance of both New York City and my Dad in Tom’s River. When we booked a hotel within spitting distance of the pier and the beach. I made it a point to get out early enough to watch and photograph the sunrise there. While setting my cclock alarm for 4:45 gave me more than enough. time to get ready. Being met with rain and per-dawn darkness, left me with few options. While returning to my hotel room for a couple of extra hours of sleep definitely came to mind.. Finding enough cover to shield me from the rain while I worked on setting my camera to manual won out in the end. After a brisk walk that included it’s share of morning strollers, joggers and dog walkers. I returned to the hotel and my wife to plan for breakfast and map out the rest of our day. Looking back, I’m glad I went with the latter of the two options. 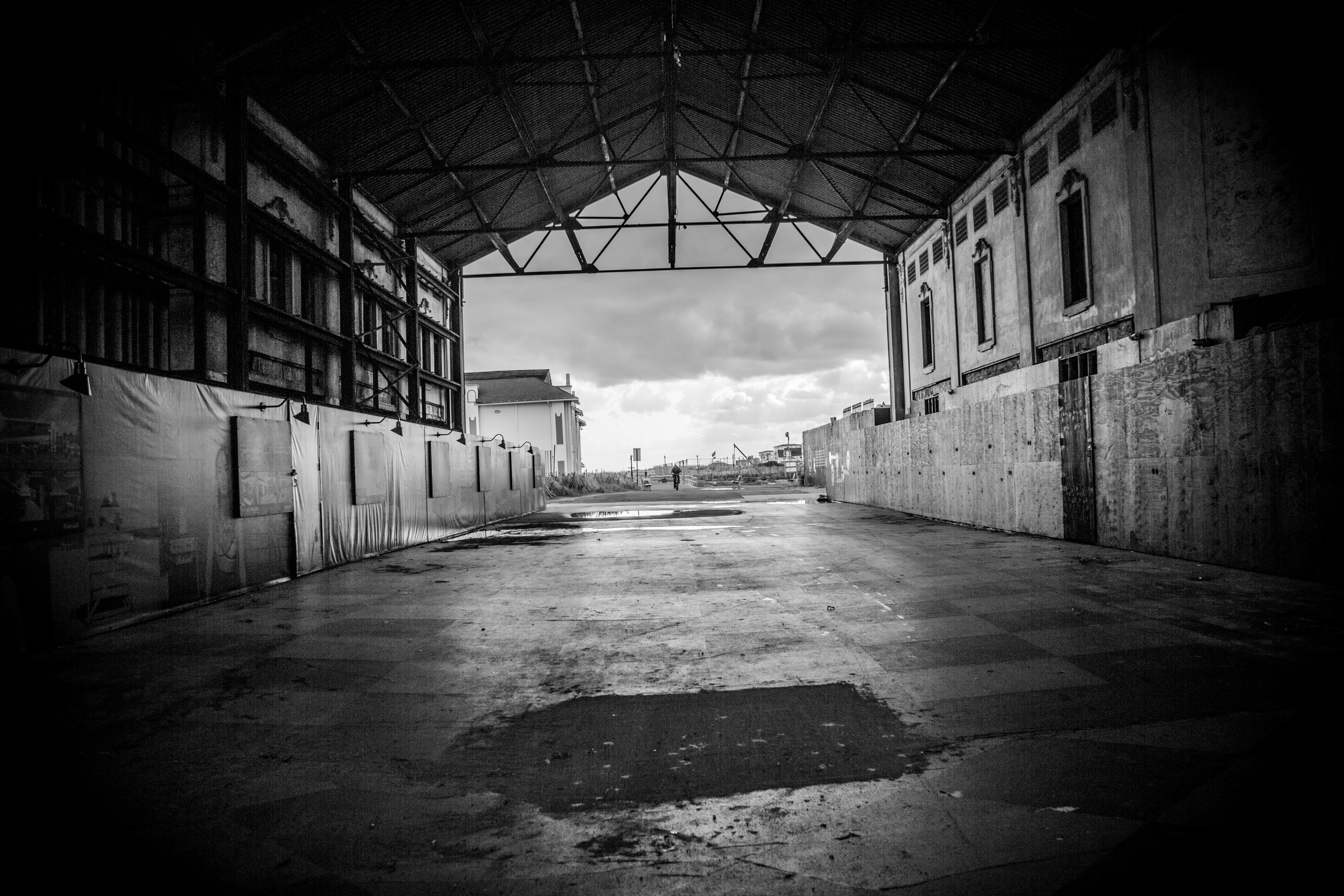 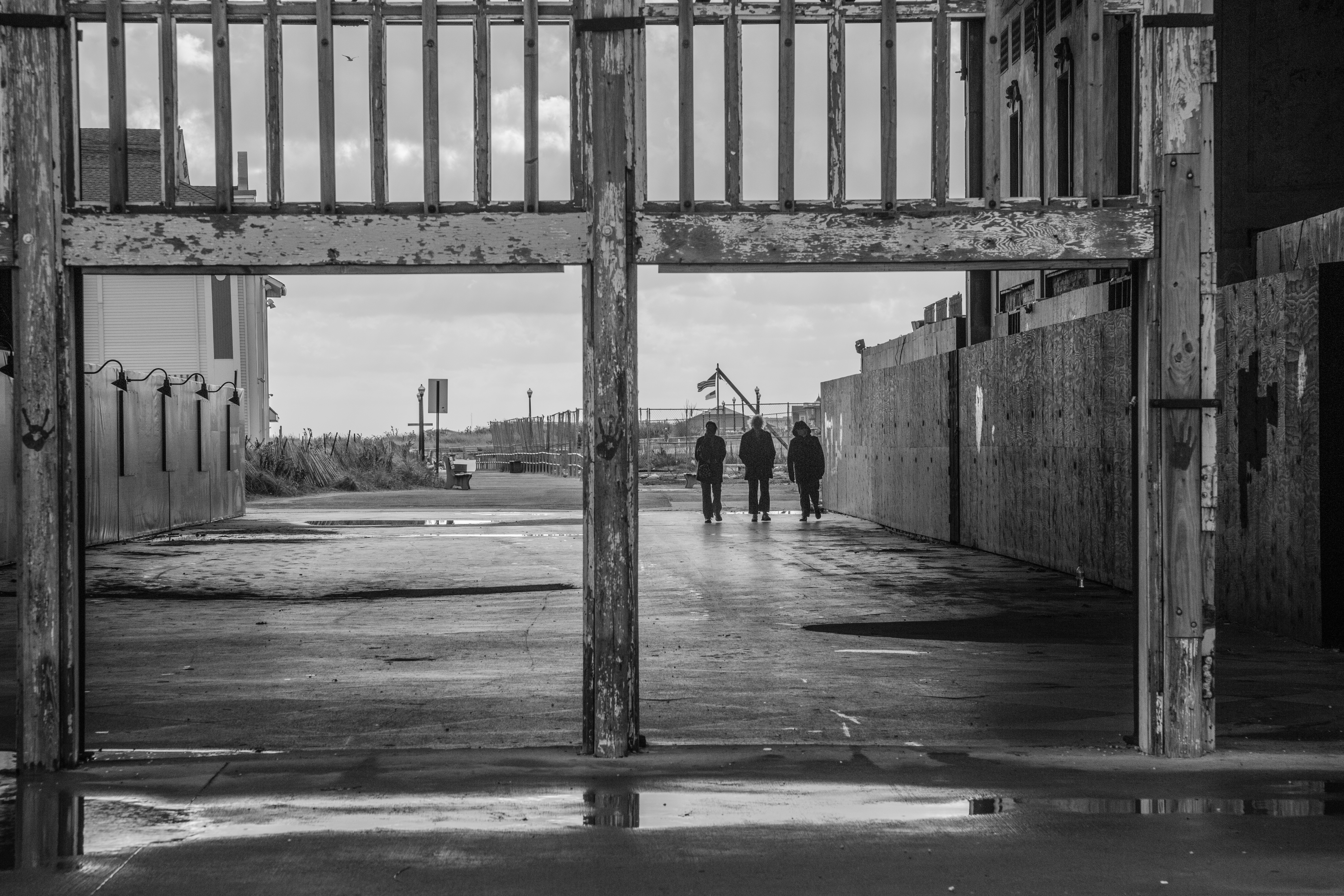 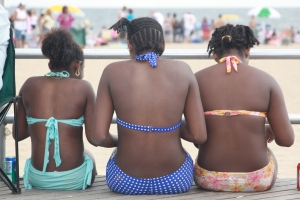 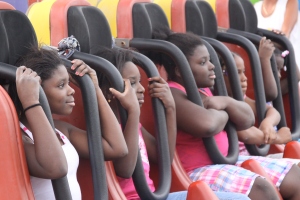 As much as we talk and really, really try. We can never seem to get up early enough to get to the beach. Living in Jersey gives us the option to pack up the car with chairs, coolers, umbrellas, the whole kit and caboodle as they would say. We’ve enjoyed a number of the beaches including Breezy Point, Sandy Hook and in recent memory Asbury Park. Set the alarm and I’m ready to go. No matter how early the time. No matter how late I may have been out the night before. But my better half is another story all together. There are just too many obstacles in her case. The Food Network and her computer are often major blockades to getting out early. This was the case this particular Saturday morning. A day at the beach is often ruined when  you don’t leave the house before 2:30 in the afternoon. On this day in particular though determination and my “Let’s Go, Let’s Go!!!!” voice would not be denied. At 2:30 with thoughts of Asbury Park crumbling. We were headed instead to Coney Island. 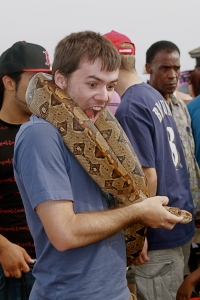 Just a couple of stops on the Path and a transfer to the D Train. Before I knew it I’d be stopping off in paradise for Nathan’s original Hot Dogs, a ride on the Cyclone (unfortunately for me, in that order) a walk on the famous boardwalk and a Baseball game at Key-span Park. As we crossed the street and headed towards the endless line in front of Nathan’s, Kayuri said something I’ll never forget. “Why can’t you just get a hot dog at the Nathan’s at the mall?”  My jaw dropped and I said “Who are you?” “Where did you come from.” I was dumbfounded. I know I don’t have to explain the difference to anyone who experienced it. So I won’t waste any further words on the subject. Just a note though. It’s little moments like these that can forever change a relationship. (And not fro the better) After consuming some yummy bliss we headed towards the Cyclone. I’m not big on roller coasters for obvious reasons but the Cyclone is a must. A true piece of history and one of the only wooden coasters I’ve seen ever. On a live and learn note. Never ride a coaster after consuming hot dogs or any Carny type food. If you do whoever choose to disregard this information. Make sure you sit in the back of the coaster and and turn to your side. Nuff said. 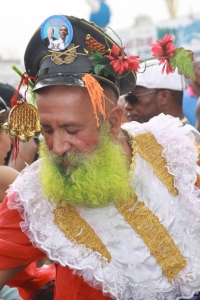 After that adventure we headed up the block to the boardwalk where we encountered snake handlers, bikers, dance marathons, cross dressing senior citizens and a spray painted dog. Just to name a few notables. Coney Island like so many boardwalks has an amazing personality and history. The people, the personalities, the smells all make the senses come alive. After a stroll down the boardwalk we headed over to Key Span Park where we took in our first Minor League Baseball game. We had great seats right on the first base line and were surrounded by a lot of fun and funny people. The starting pitcher for the Cyclones struck out twelve batters in eight innings but left with a tied score. The game remained tied until the 14th inning when the Jammers scored the winning run on a single.  A lot of changes are coming within the next year or so. New unaffordable condos, overpriced restaurants and the most likely the kind of commerce that has turned Manhattan into what it is today. (which to me isn’t anything special or unique.) Hopefully there will still be plenty of room for the freaks and the all around circus atmosphere that is Coney Island.