Though my legs and the rest of me remain strong. My balance, or lack there of have made many things I once took for granted, difficult, nearly impossible and downright dangerous. Though just a few blocks from me. There comes a point where the steep incline is so extreme that, know that attempting to navigate it would risk irreversible damage, or even death. Risks my wife, keeps me from attempting. Whereas my first days and weeks living in Seattle had me walking and learning the local bus lines. It’s not as if I haven’t already explored the pier and whatever else the downtown area offers. There is still a desire to revisit and photographs aspects of the area. As Rudolph Steiner once said, “One can ascend to a higher development only by bringing rhythm and repetition into ones life. Rhythm holds sway in all nature.” Thanks again to my wife for granting my wishes while keeping me off the steep incline.

Below are two of my favorite images taken while I was out at the Seattle Center. The one on the left is of the space needle. Having already taken countless pictures of the monument, I wanted to use a more unique approach. Though the trees branches might seem like an obstacle to most. I saw it as a way to make the image stand out. The one on the right is the monorail set against the MPOP museums twisted architectural facade. Despite falling down and thoroughly embarrassing myself. I had a great time.

When we first moved to Seattle in June, 2017, we lived about a block from the space needle near Terry Ave. in what is considered by most to be the lower Queen Anne area of Seattle. It was a time when we often found ourselves within walking distance of downtown Seattle and the more tourist friendly Pike Place Seattle Market.

Since moving to nearby Columbia City and becoming actual residents of Kings County. We find fewer and fewer reasons to visit the area. On this particular night my wife and me went from trying a Vietnamese spot just off Jackson and Boren avenues to picking up something at her office to heading downtown before we drove home. We arrived at a time when most of the tourists had gone back to their hotels and the homeless had begun setting up camp on the nearby streets or getting in line to enter the local shelters. The night air felt fresh and the lack of foot and automobile traffic added a sense of calm and quiet. Though there was no place to park, we were able to pull over to the side off the road long enough for me to snap a few images. I captured these images without the help of any filters, flashes or a tripod.

Instead of writing a long winded recap regarding our first ever trip to Portland Oregon. I thought it might be better to just refer to some of the images taken over our two day stay. Since moving to Seattle in June of 2017,  there has been no shortage of things to do. From our trips to the mountains, beaches, island hopping, drives to Tacoma and Olympia. As well as our future plans to visit Vancouver, Canada and Alaska. We’ve definitely  made the most of our time in the great northwest. We both loved our visit to Portland. Leaving our car in the hotel garage was a great choice. We really enjoyed walking and burning some of the calories we amassed at the hotels breakfast and the bacon donuts we picked up at Voodoo Donuts. Though we often credit ourselves anti-tourist. It’s probably easy to say, we probably stood out like sour thumbs on a hand model. 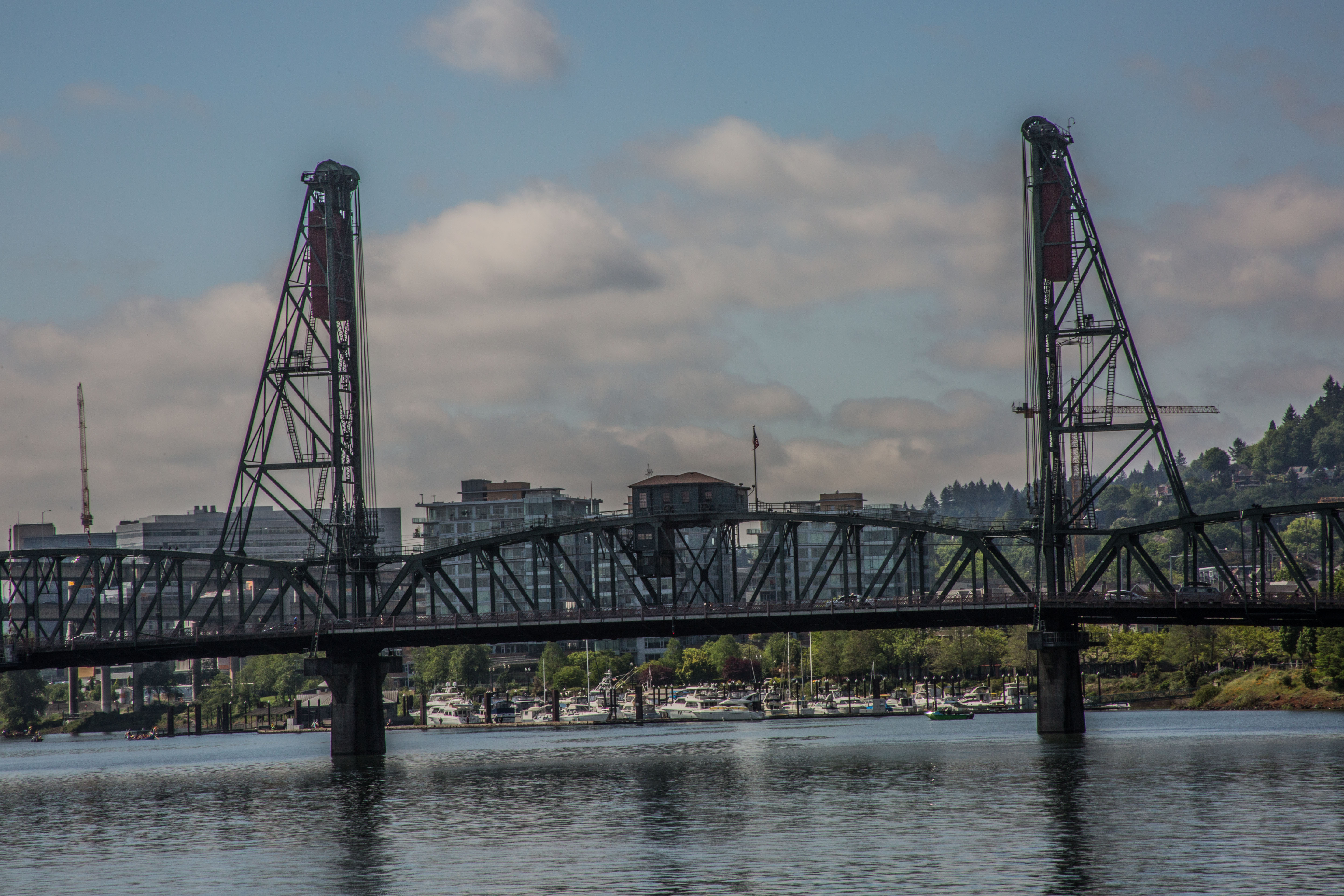 The images below were taken along Mississippi Ave. in the less tourist driven area of Portland. We really enjoyed spending much of out Sunday strolling around the neighborhood. Along the way, we stopped for ice cream and ice coffee before our final stop at Mississippi Records. Now I can happily join my friends when they say how much they love Portland. 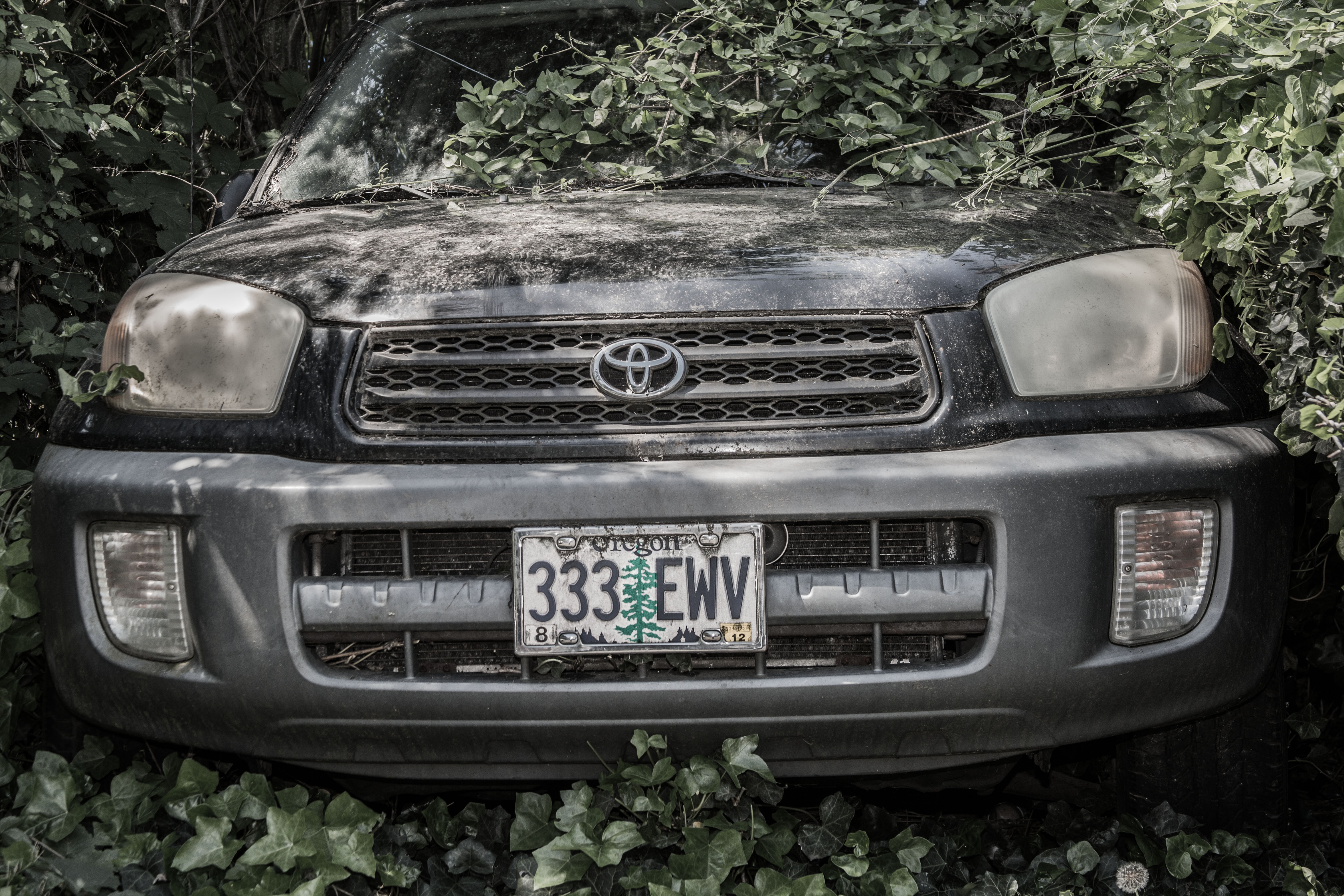 Since relocating to Seattle, WA. My wife and me have lived in two temporary corporate apartments on opposite sides of the Seattle Center. As we prepare to make yet another, final move to a chosen apartment in Columbia City. The thought of escaping that towering monument to tourism. I give you a couple of images I’ve taken from different vantage points. Enjoy. 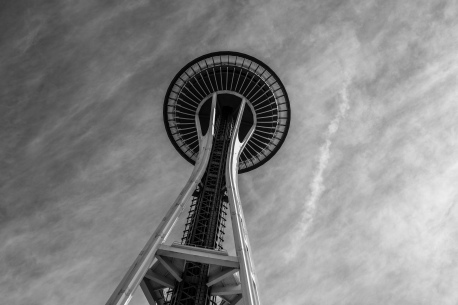 With my life as a studio photographer in a holding pattern and my days of shooting bands at basement shows coming to a screeching halt. I’ve had to get a little more imaginative when it comes to what I photograph. Knowing full well that a new city or town takes getting used to. I’ve done my best to do just that. Since moving to Seattle, I’ve occupied two apartments that bookmark the Seattle Center. Being somewhat of an anti-tourist. I tend to steer clear of the traps every city seem to offer. That said, I’ve always made it point to document my surroundings the best I can. With that in mind, I decided to brave the mid day sun and heat known so well to Seattle and headed over to spend some time in the green, green grass. As you can probably tell, I did my best to avoid including the famous Space Needle. To be honest, you can see it from anywhere and I’m kind of sick of it. This was shot on manual and set to monochrome. I was hoping to give it a 1960’s Worlds Fair kind of vibe.

When we arrived at Philadelphia’s Reading Terminal that morning, I had a little more than feasting on the market’s overwhelming array of delicious food on my mind. In each of the times we’ve visited the food mecca. I’ve taken pictures of the food, the signs and just about everything else with the glaring exception of the people who crowd the area. Knowing full well, that photographing strangers, especially those stuffing their face can be risky. I did my best to be quick and unobtrusive. With the constant movement and foot traffic adding to the bustling energy of the market. I wasn’t given many opportunities to focus or shoot. However, that Amish breakfast was more than enough fuel fo what was a pretty long drive from Jersey City. Reading Terminal is one of my favorite pit stops during any visit to Philadelphia. I highly recommend stopping by, shopping and filling your belly. “Come Hungry. Leave Satisfied!”

This morning, as I waited for the library to open. I did my share of people watching. As I perused the steady flow of commuters, panhandlers and tourists. I became somewhat fixated on the amount of people stopping to take pictures in front of the library. Having lived just blocks away in Hell’s Kitchen for years. 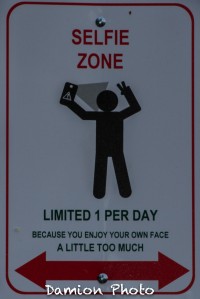 Places like Times Square, 5th Avenue and even the storied 42nd st. were areas I avoided at all costs.           I guess seeing these things on a daily basis for close to ten years can take some of the glimmer out of  things. Until this day, the mere thought of going anywhere near Times Square sends douche chills to places I didn’t know existed. With about a half hours wait left before the 10:00 am opening. I noticed a pretty young lady approach the library. Armed with a backpack and a fully armed selfie stick. She proceeded to spend the next thirty minutes taking pictures of herself. Not the architecture, the city she came to visit or even the bum who lay within feet of her fancy sandal. Herself!

Later on, as I was roaming the halls. I saw that same girl walking in front of me. Slowly cruising the same corridors as yours truely. You would think any traveler would stop to take in the countless years of history and culture. The colors and texture of a living landmark. Instead, her slowed pace was to properly analyze the half hour or so of diligent self preservation. Now I would never go as far as saying I hate these kind of people. I wouldn’t even say I feel sorry for them.             The truth is, it bothers me… and for the life of me, I will never understand or relate to them. Where are we going from here?   I don’t know.

My wife and I spend many of our weekends in Brooklyn. Whether it be exploring different neighborhoods, food or culture.      Brooklyn seems to have it all.

During our ill fated search for a condo we’d canvas the different areas going from one open house after another. Knowing my likes, dislikes and moods.   She noted that Brooklyn was my “Switch”. No matter the circumstance, I always seem to enjoy my time there. On this particular day we did a lot of walking, stopped for mediterranean food, antique shopping and a Greek bakery. 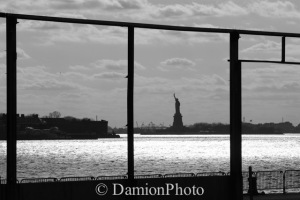 By the time we got to the river, the sun had just begun to soften. We walked a long distance in the high wind before grabbing a ferry back to the east side of the ferry. I shot these around 4:30 /5:00. My wife suggesting the set up for the first shot. The idea for the second was all mine. I got these printed at Duggal the next day. If we ever move. I’m going to find a place to hang them. Until then… 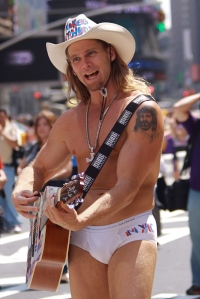 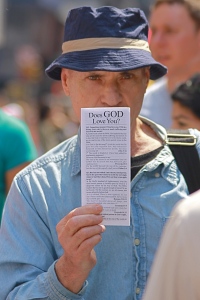 I tend to cringe whenever someone brings up Times Square. The place is crowded, congested and  littered with tourists. Walking there  is like walking through a mine field. Thousands of tourists walking at a snails pace enamored by the glittering lights. Getting around them is virtually impossible considering how much space is taken up by vendors selling their counterfeit bags, glasses and other crap. Walking on the street is an option if you don’t mind getting run down by a cab, bicyclist or rickshaw. It’s a true exercise in frustration. It’s also a right of passage and an everyday routine for most New Yorkers. Last night on the news they spoke about a new plan to detour traffic or at least motor vehicles from the Times Square area. Opening up the streets to human traffic and giving people a little breathing room. Being that there was another street fair and some newly acquired elbow room we headed over to see what was up. The weather was perfect. The usual combination of tourists, theatre goers, locals and oddballs were out and about. I lived a few blocks over in Hell’s Kitchen for eight years. Although the area and particularly Times Square bare little resemblance to the old. It still feels good to get back to the West Side. The Navy was in town. The Naked Cowboy was well “almost naked”  We  made our way up to Central Park and over to Lincoln Center before we headed back. As always hunger found it’s way to our belly’s and we decided on “the Carnegie Deli”.  In the past I had always seen these classic deli’s on the food network and featured in various shows but thought “who could eat that much?” Seriously, how can anyone wrap their mouth around a sandwich that huge and live? Well, since conquering Katz’s deli on the Lower East Side years back I realized I could conquer any sandwich. I’ll say this, Carnegie is good but Kat’z has them beat by a mile as far as taste and overall experience is concerned. It was good but I am staying loyal to my old favorite. Let the tourists eat there. Exhausted and with our bellies full we headed home. I met some nice people. Ate some good food and got some good pictures. All within an ear shot of home.