Though I don’t talk about it much, my balance is shot. Since my overdue diagnosis in the fall of 2017, my symptoms have gotten steadily worse. As of late, I am almost entirely dependent on a walker. Despite any issues with said diagnosis, I do my very best to do the things that bring me joy and fulfillment. Earlier this week (Monday, to be exact.) I took a walk over to the nearby Seattle Center. It not far by any stretch. However, being dependent on a walker can make things incredibly difficult and downright risky.
Needless to say, it felt good to get out and explore an area that served as my temporary residence when my wife and I first arrived in Seattle almost four years ago. The further I walked, the more confident I felt. The voices inside my head, repeating, “Come on, you got this.” You know, the one you hear from your personal trainer at the gym? Yeah, that one. It was a beautiful, warm, and sunny day. After months of Seattle rain and fog, I wanted to take it all in. After an extended stay at the Seattle Center, I began to head towards Taylor Ave before crossing Denny Way and heading home. About a block past Denny, my walker hit a curb wrong, and down I went. It must have looked gruesome because a passing car came to a sudden hault, got out, and helped me out, “My God, are you alright?” I was hurt but more embarrassed than anything. I thanked him for his kindness before carefully navigating the several blocks that remaIned. I was clearly exhausted but crossed the avenue to get a picture of this poster that basically says it all. As I arrived home, I noticed the black and blues and the bloodied jeans I was wearing. Looking back, we all fall down, whether it be literally or figuratively.The important thing is that we get back up and never stop trying,

Since making my appointment with Rochester, Minnesota’s  Mayo Clinic close to a month ago, I’ve caught myself referring to the weekend of 07/27 – 07/28 as “my last weekend.” Though not intended to be morbid or prophetic of any kind, I somehow equate this long awaited trip to be somewhat of an ending or beginning of some sorts. These next few days will mark what I see as the final chapter of my search for answers. After several years of my troubling symptoms being written off by my asshole doctor as post brain tumor, post stroke symptoms. I finally sought treatment outside his umbrella of  short sighted ignorance which eventually rewarded me with the knowledge that I had another brain tumor and later finding out that I had a rare, virtually unknown neurological disorder known as Fahrs. One that had no cure or known treatment. 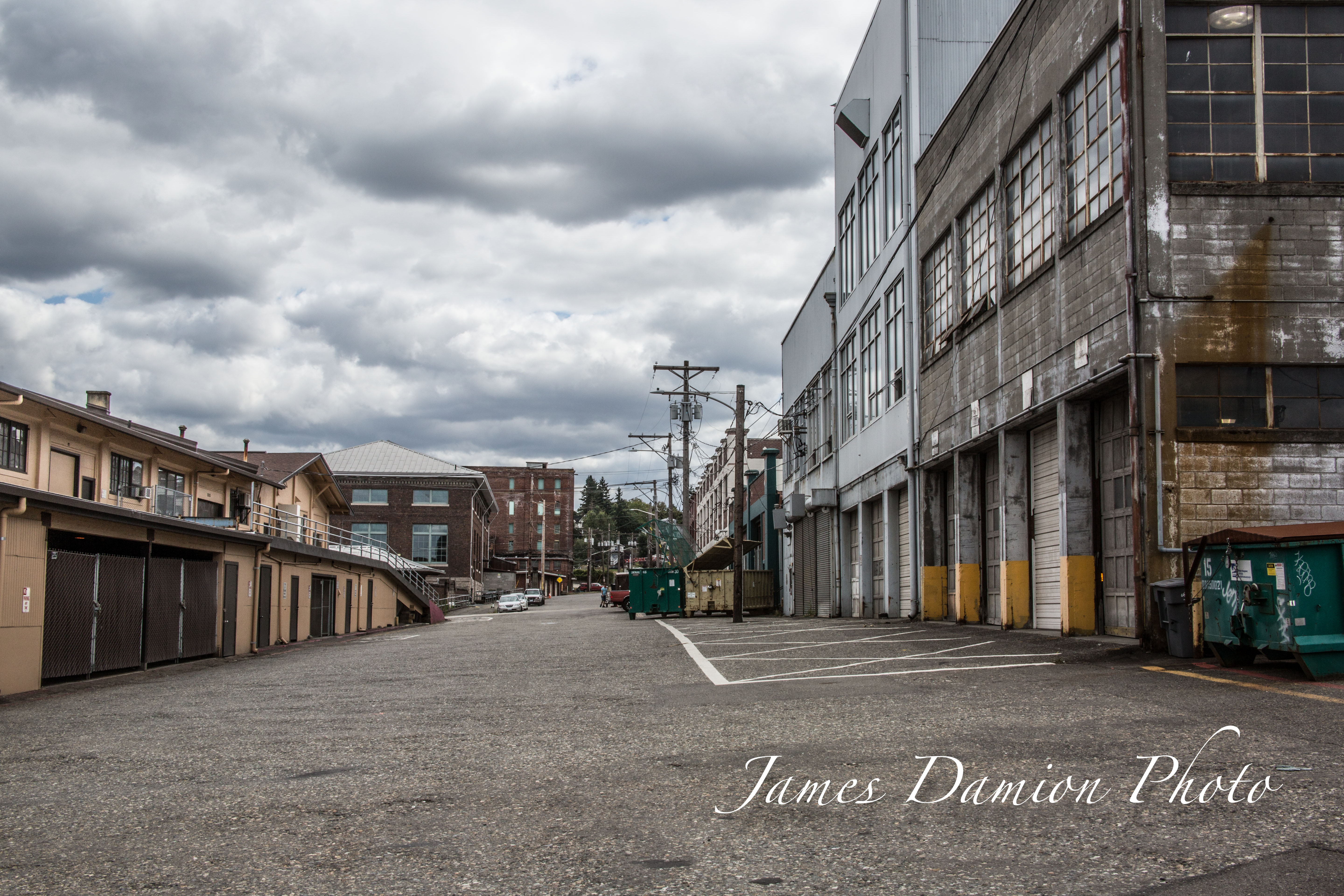 While I do expect this coming week in Rochester to be helpful. My expectations regarding any breakthrough information are almost non existent. Instead, I’m hoping for a sense of closure, as in ways to adjust my lifestyle while moving forward. instead of looking back in anger, asking why. I hope to live in the present, moving and thinking forward. Adjusting to and facing any challenges this disorder might throw my way and tackle the head on. In the end, what’s life without living? 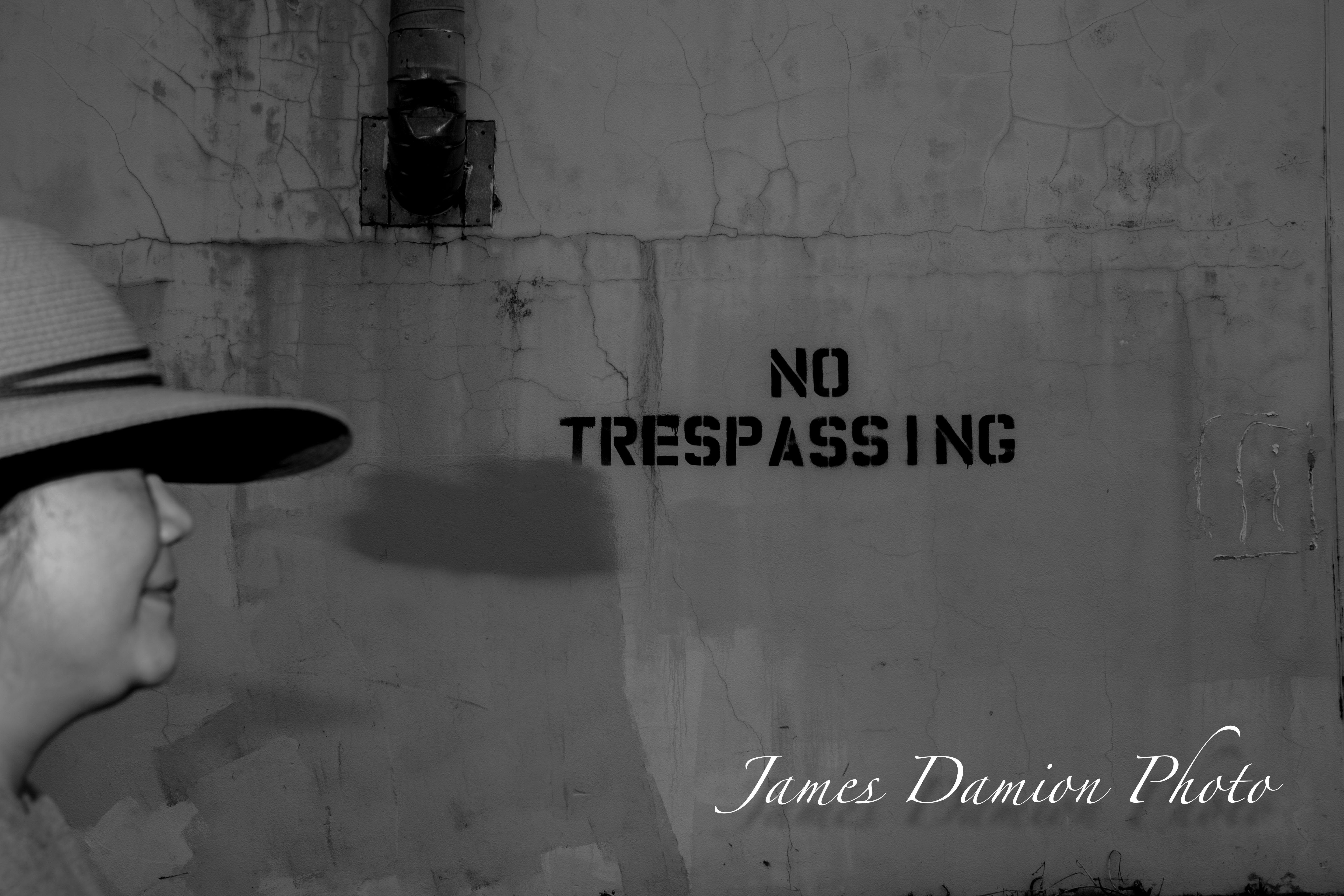 With another birthday and wedding anniversary in my rear view window and a  trip to Rochester Minnesota ‘s Mayo Clinic just days away, I’ve still had plenty of time to reflect on life in general. The things and people that bring me the most joy. How my love for exploring and seeking out adventure and beauty in places that others might not tred. Despite age and an ever changing bag of bones. I still want to hop fences and climb trees. I still see “Do Not Enter” and “No Trespassing” signs as open invitations and warm welcomes to step inside and take a look. As the days grow closer to my trip and what I consider my final search for answers regarding my condition, I find that I’ve become calmer and more accepting of what’s been a progressive downhill when it comes to my symptoms. There are still many fences to hop and trees to climb . Though I might have to find new ways to do so, I’m more than up for the challenge. 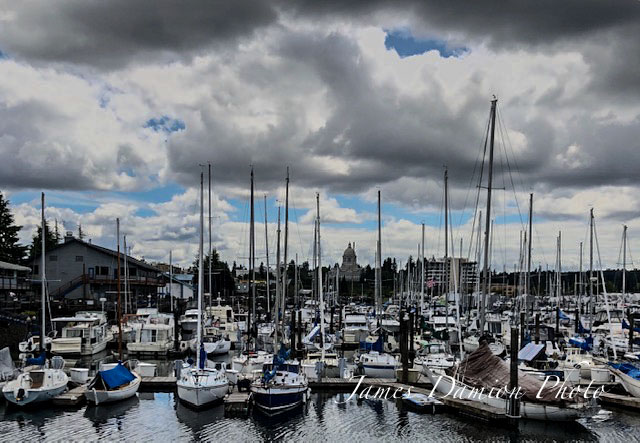 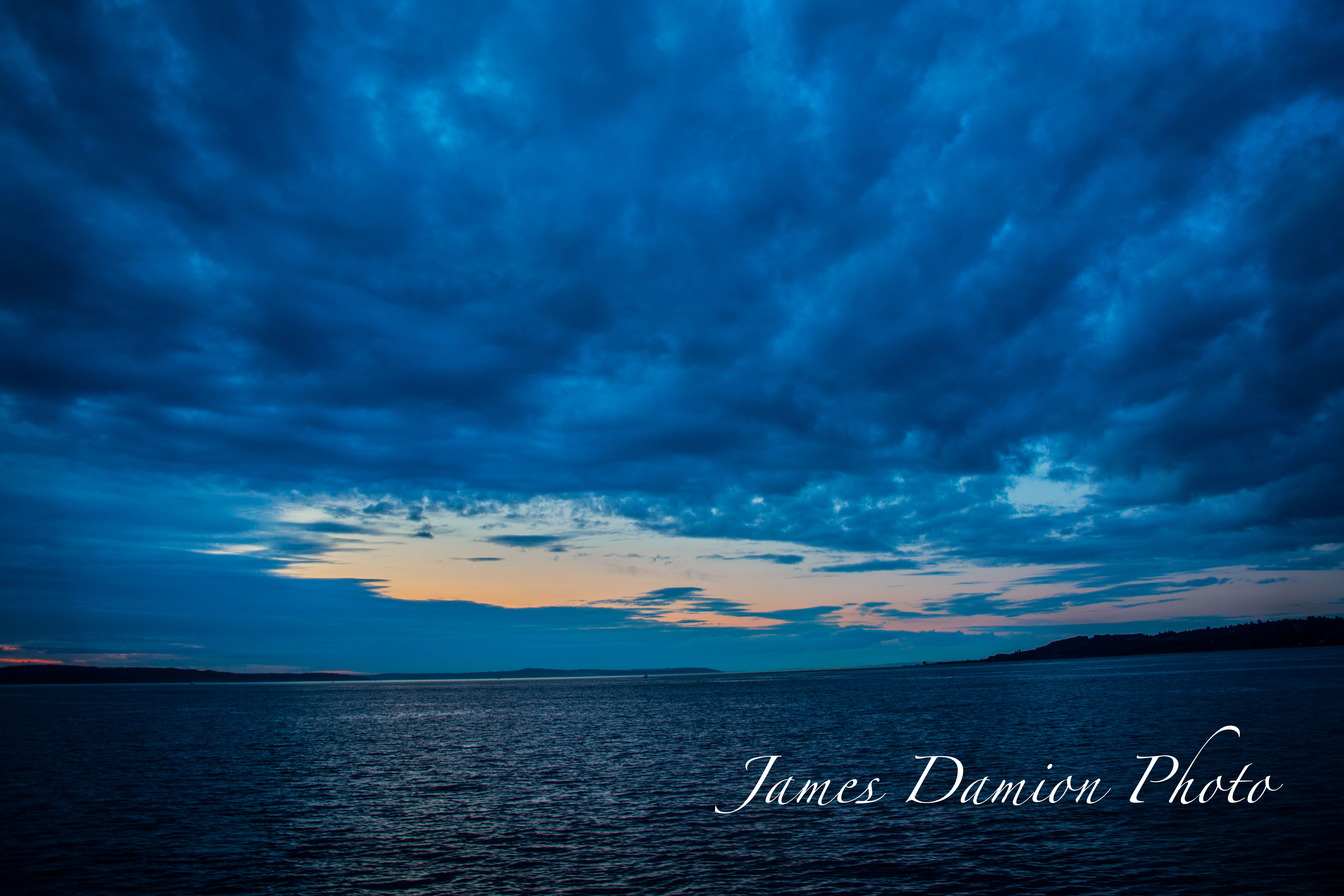 Thanks to recent posts from friends on social media regarding health and career changes. I have decided to share some of recent experiences in the only way I can think of. Since being diagnosed with FAHR’s in late 2017. I have been experiencing many of the progressive symptoms described to me when I first learned I was suffering from this rare, little-known disorder that has no known cure or treatment. Since that time, I have experienced progressive erosion of my balance which has taken away my ability to walk without the assistance of a walker. In the twelve weeks, I attended physical therapy. I went from exercises geared towards helping me regain my balance to being instructed on how to get up when I fall. I also committed myself to five weeks of speech therapy that were both helpful and inspiring in helping me regain my voice.

Thanks to my wife, Kayuri. I have been pushed to get a second and even a third opinion. When all is said and done though. The doctors and what I’ve learned about the disorder itself. Tell me that there is no turning back and I will not get any better. FAHRs will not kill me, but it is most definitely working on making the rest of my life as difficult as possible. 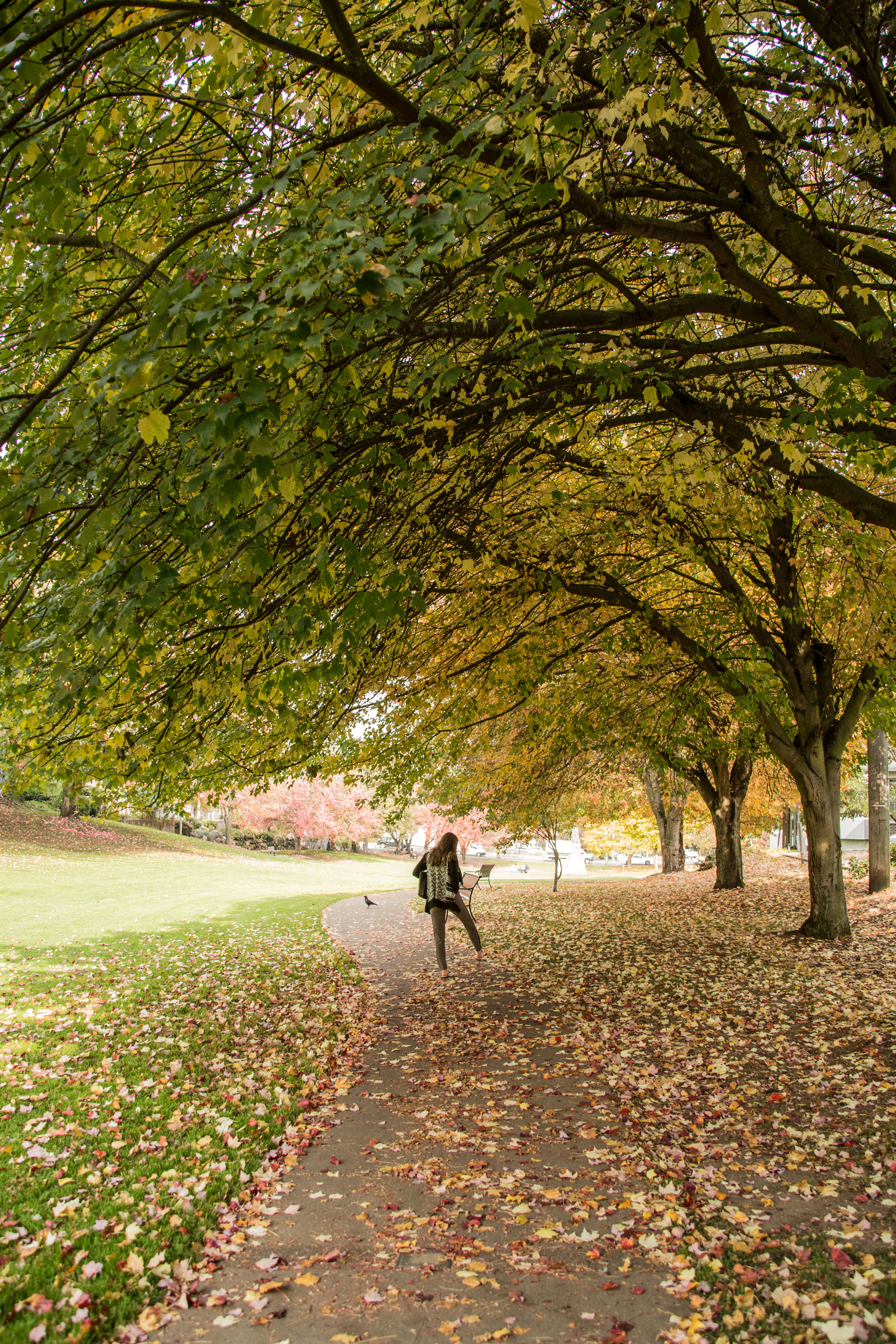 The hardest thing through all of this has been me not giving myself a break, allowing myself to accept things or console with friends, family and loved ones. I’ve essentially been lying to myself and everyone else, under the rouse of protecting myself and loved ones from worrying or even wondering about me. The truth is, I’m only hurting myself by trying to pretend everything is okay. The truth is, I’ve never allowed myself to admit I was sick. The memory of my Mother telling her twelve-year-old son who was hospitalized with an inoperable brain tumor to “Not act like you’re sick.” when people came to visit, left a lasting impression. Although I know it was said with the very best intentions. It’s stuck with me since. A key reason as to why I consider opening up about being sick a form of complaining or weakness In the year or so since I was diagnosed. I’ve gone through every stage of suffering and coping possible. I struggled through depression, thoughts of suicide and anger towards my old doctor who wrote off my symptoms as post brain tumor or post-stroke and failed to schedule the proper tests that would be ordered when I first moved to Seattle. I can’t help but think that if my symptoms were properly investigated early on. Things might have been a little different.

Slowly though, I’ve finally begun to accept what the future will inevitably bring. That the people who really love and or care for me, will still do so. Opening up to friends, family and loved ones is a start and a much-needed action in moving forward.

I sincerely ask that you save your prayers, pity and worries for someone who really needs it. I am not in any physical pain. I am not experiencing or expecting to suffer any memory loss. I’m still remarkably handsome, quick witted and have been complimented on my work on the heavy bag. My wife and me have done our share of traveling while we’ve been out west and still plan to move back east when the opportunity presents itself. I will definitely be seeing many of you when we return. Until then. 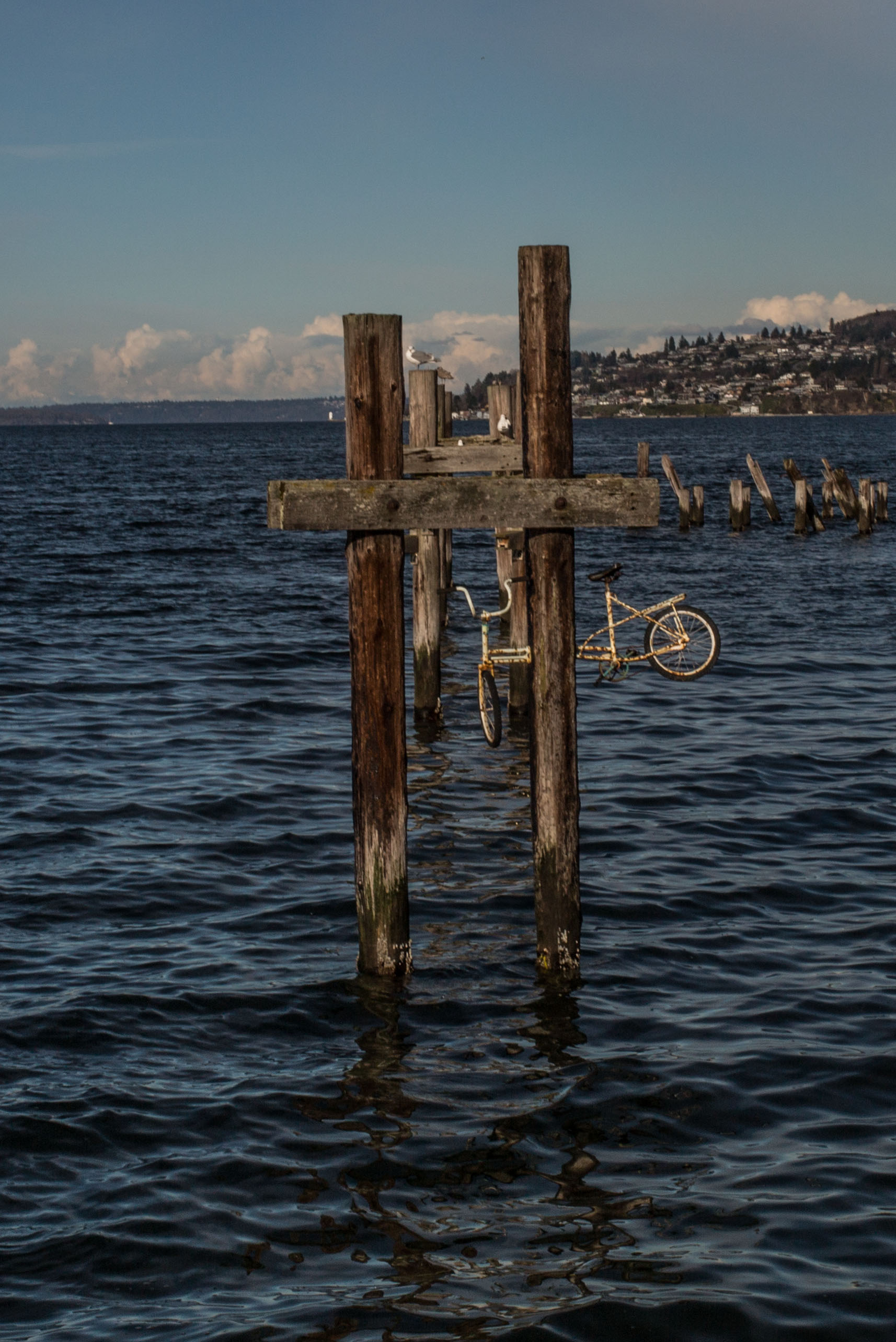 It began with the best intentions. The days and weeks since my Neurology follow up had me feeling angry, lost and somewhat hopeless. I had mistakenly opened up to my doctor, therapist and wife that I had briefly thought of suicide, or commented on how I wished the original death notice I received when I was twelve would have ended me instead of prolonging my suffering through related issues. Falling down and not having the control you once had on your life it not easy to get used to. With that said and fully expressed, I had felt a positive shift in recent days that mad me feel as if I had turned a corner. I had all but stopped worrying about what I couldn’t do any more and started thinking about what I could. My intention was to share with my wife that the fear and negativity were behind me. That, whatever it took, I was going to be open minded and more constructive.

As I began to speak to her, I made a point to use the word “Positive”. This exchange was going to let her know that I was leaving behind the negativity and look at all the positives and embrace whatever changes might come. Before I even knew what was happening. Before she even had a chance to reply. She buried her head in my chest and began crying uncontrollably. I did my best to make her laugh and smile “Hey, there’s nothing to cry about. This is all about looking at things with a positive mindset.” “Come on, there’s no crying,” “I’m not crying.” She sniffled, as she reached for the nearby box of tissues. All I wanted to do was tell her how lucky I was to have two parents that loved me and a wife who, despite all my obvious faults, adored me. Still, she kept her head buried in my chest. Unconvincingly trying to conceal the fact that she had become overwhelmed with tears. “I have to pee.” She announced as she quickly made her way to the bathroom. Concerned for what she was feeling, I followed. More than anything, I wanted to comfort her. To let her know that it was okay to cry. Even with the door closed. I could hear her blowing her nose and washing the tears from her eyes. I entered and hugged her. Assuring her that, maybe for the first time since that hospital visit. That everything was going to be okay. That she could cry all she wanted to as long as she didn’t feel the need to hide it from me. “I was trying to tell you that I turned a corner and how I was feeling more positive about things.” “Why are you crying?” Still red in the face and filled with tears. She said something I never thought I’d ever hear. “Because it’s not your fault.” “You didn’t do anything wrong.” I have to say, it was humbling. 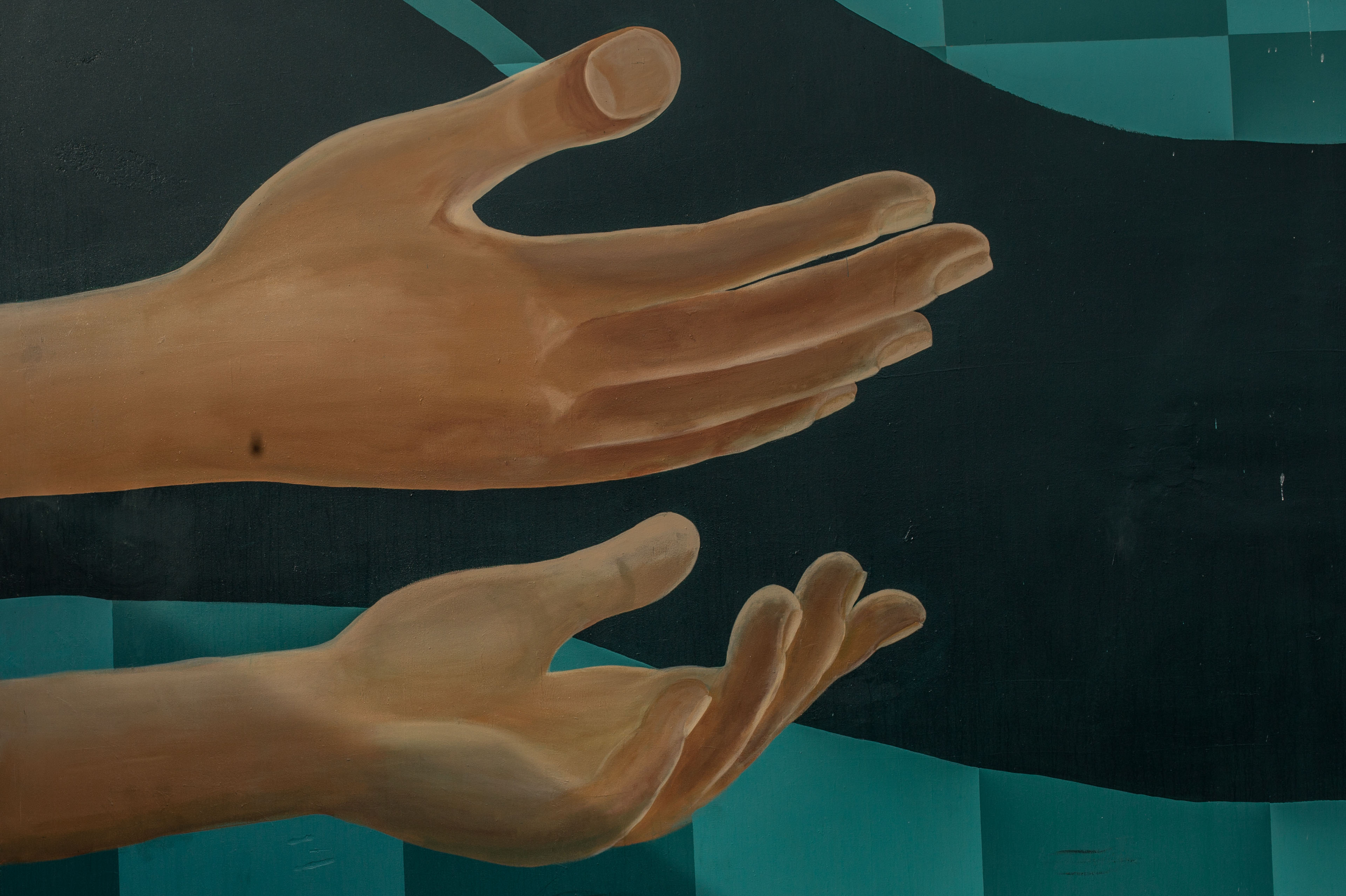 Throughout our entire marriage and even when we were dating. She was always the strong one. The rock, the ying to my yang, or whatever you call it. Being on the other side of the coin. The one to say “Don’t worry. No matter what happens, everything is going to be alright.” It was hard, but I feel it was long overdue. Whatever may come, I hope I can always be there for her when she needs it. Considering how much she’s done for me in reinforcing my health and assuring my happiness. I’ve got my work cut out for me.

Below are a couple of helpful links.