Though most of my friends and family know. I’ve rarely shared my passion for music or vinyl records on this log very often. Having sold all of my original collection of LP’s, EP’s and cassettes on Ebay in the months prior to my initial three week trip to Japan in 2001. I soon learned that my choice to do so, might have been a bad one. Though having just about everything I sold on CD’s or CDR’s. I did not think that the crates of records and boxes of cassettes would be missed. I later found that my decision might have been a hasty one. 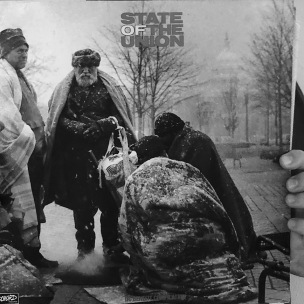 Starting only a few years ago. I slowly started to purchase and collect vinyl again. Since that time, I’ve managed to recollect most of the records I originally owned and sold. I’ve also eclipsed the original size of what I once thought of as too many records. I’m at a point now where I’ve become a bit more selective with what I buy, often reminding myself that I’m getting older and will someday have to pack them up and move. Still, my obsession and my wife’s support of my weekly trips to various vinyl record outlets doesn’t look to be slowing down anytime soon.

It never fails. Whenever I enter a record store, it happens. Something, whether it be a song, a record, a shirt or any exchange regarding music. A connection is made. From my days as a teen working in a record store or m\y visits to record stores in any town, city or country I’ve visited.

During my first days in Seattle I found myself in a small record shop talking to a native New Yorker who did time on the early New York Hardcore scene. He pointed himself out in a Live DVD of the first Bad Brains show at CBGB’s. Later on that week I struck up a conversation with another employee who used to volunteer at the legendary Gilman St. Project. Just last week I was pulling records out of the bin when I learned that the clerk behind the counter was also originally from New York City and worked at a record store just a few blocks from the one off St. Marks St. where I was working nights.

Then there was this Sunday when I visited a record store a mere block away from where my wife and I had just devoured delicious servings of chicken and waffles. I had been to this particular store numerous times when I first settled in the area and had always found something to my liking. On this day, as I took my stash to the counter. I noticed the clerk was wearing a shirt from the surf rock superhero band Daikaiju. I pointed out the shirt and asked when/where he had seen them. Adding that I had had the pleasure of seeing them up close at a bar in Brooklyn, NY.

In late 2017 I found a kindred spirit while talking music with the record guru at a local West Seattle record store. and found myself in deep conversation could go on and on with countless stories regarding friends and relationships that began while visiting record stores or going to shows, but I’ll spare you of my never ending tales of geekdom. Instead, I offer this images of the mighty Daikaiju from their show at Hank’s Saloon in Brooklyn, NY.