In a recent conversation with friend, fellow photographer and mentor Kevin. I was questioned about my use of watermarks. I explained that I had so many of my music related photos used without permission, notice or credit over the years and how using a watermark gave me a sense of assurance that such branding would cut down on, if not eliminate the practice of taking without asking. As ridiculous as it might seem, it pisses me off when I have to ask for a photo credit after it’s already been used without notification. In the days of film, this never seemed to be an issue, due to the fact that you, the photographer, owned the negative. In a time of social media’s immediacy and a digital age where a file / image replaces the negative. Problems certainly have more of  a chance to arise.

Still, his question and critique really made me think. Is it really worth it? Does it reduce the emotion or intended message within the image. If so, does that tiny assurance relieve any of the anxiety or paranoia of having one of your shots appear uncredited on someone’s band page? Probably not. But still, it’s an idea I’m still not ready to completely embrace. So, what do you think? Bands, Photographers? I’d love to hear from you.

While I’m not 100% sure I’ve ever done a poll on this blog in the  years I’ve been doing this. I’d like to get feedback on a number of things as I hope to create some dialogue with the people who tune in from time to time to see what I’m up to. 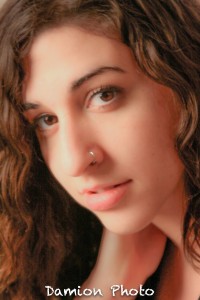 In the past and in recent months to be more accurate. I’ve somehow managed to gain some regular traffic here on the blog. Something that means a lot considering photography is one, if not my greatest passion. Comments, messages and dialogue are both welcome and appreciated. As I decide on whether or not to spend good cash on an intensive headshot course.    I thought I’d reach out and ask some of you for your input. Please take a moment to choose one of the options below as well as share with anyone who might have an opinion on the matter. Thanks.