With plans to walk to the beach. We made a point to leave earlier than usuaL. Then, just as we were finishing breakfast Kayuri’s mom asked if it would be alright to walk there with us. Before long, two became three and with the addition of her Dad Kenichi. Our duo became a quartet. Not to complain, but I was a little bit worried they wouldn’t be able to keep up with us. The walk itself is a long one. One that, much like most of the rural areas we’ve visited, is one climb after another. It’s a steep climb whether you’re going up a hill (Like it almost always seems) or downhill. Yet, before we knew it. They were leading the path and leaving us in their dust.

Now an outsider might view staying in the same rural area for more than a day as “Taking it easy”.  I can assure you, the terrain here has helped me rediscover my once lost balance while giving me strong, durable hiker legs. 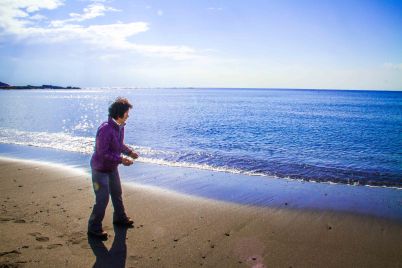 After a long, twisting walk, we arrived at the beach where we did a lot more walking and climbing. Overall, it was an exhausting day. Making it back up that last hill at the end of the day took all that I had and more. As we head in to the New Year and the last four days of our trip. I begin to think of the people and things I’ll miss the most. We ended our day with another great meal that took up the entire table and more. I had the biggest cuts of sashimi I’ve ever had and got to sit and drink with my Father-in-Law when we were done. 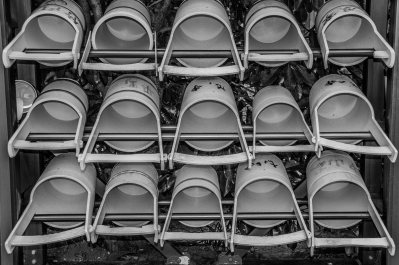