I was on the way to Beacon New York when my phone lit up with a text reading “Citizens Arrest tickets are almost Sold Out. Get ’em fast or miss out!” I thought “Oh, I’ll order them as soon as I get home tonight.” As soon as I walked in the door I walked over to the computer to place my order. This was something I would not procrastinate on. To my dismay and dispare they were “Sold the fuck Out.” Damn, I was pissed. I’d been hearing about this reunion long before it was even book and it was not to be missed. I posted a “If anyone out there……” and thanks to Freddy Alva and the band I was covered.

About ten of us (including Freddy New Breed, Charles from Rorschach and Amy Edge) me up for a pre-show dinner before heading over to Brooklyn’s Knitting Factory. I think I missed a couple of bands, including Mind Eraser but was lucky enough to catch Asshole Parade. I’d never heard them prior to the show but really liked their sound and overall vibe. Citizens Arrest followed and the place went ape shit. Between the moshing and the stage divers I wasn’t sure I’d make it out alive. I was front center and between being thrown into the stage and about five different stage divers delivers blows to my head with boots and body fat I was dazed and at one point almost went down. All of it was totally worth because CXA kicked some serious ass. The original lineup was all there including Janis Cackers and Ted Leo. Playing so many favorites from their good old days and even throwing in covers from SSD and Youth of Today. After the set Daryl Kahan pulled my lifeless body up on stage to take a picture of the band and Fab Five Freddy Alva. It was so good seeing so many familiar faces including Rich Trash, Justine Demetrik,  Javier and so many others. Thanks to Janis for the ticket and to everyone that made it such an amazing night. 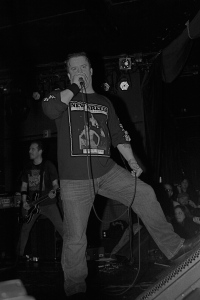 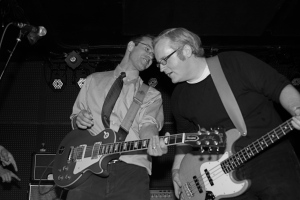