For as long as I can remember and most likely longer, I’ve always been surrounded and inspired by art. As a kid, my mom worked as a secretary for a huge advertising agency and would often bring home art books and have artistic nudes (Two of which I still own and proudly display in my own home.) hanging for all to see. Whether intended or not, it set me on a course that still inspires me to create, build and make things that I feel might be impactful. 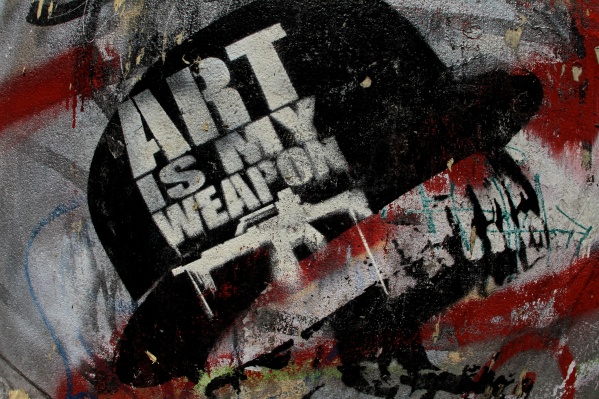 It’s worth noting that my Mother’s early influence and my trips to her midtown office, where I’d often find myself sitting in with the companies art department. It was those moments and exchanges that would play a major role in my early development, as well as becoming a major influence on my wanting to write and inevitably become interested in picking up a camera in order to document my surroundings. Many years later as childhood led to adolescence and adolescence led to adulthood., I can’t help but notice how much art and the desire to create still drives me. Now that my Mom is following my blog, it might be time to thank her and tell her that I understand and even partially agree when she says, “We’re a lot alike,.”