This morning while checking my email I noticed there was one from Ben Deily of Varisty Drag (also known for being co-founder and at one time shared vocal duties in the Lemonheads.). I got to see the band and meet Ben and his wife Lisa. After the show we talked and doing an interview in the near future for Unite came up. He told me he’d be sending me some of the bands albums when they got home. A few days later I emailed him to say hello and remind him to send said package. Good thing becuase he forgot. A week passed but nothing. So I sent a second reminder. What followed was one of the best and funniest reasons it had gone unsent. “Me getting laid out with the flu for 3 days (I’m just back at work for the first time all week this AM)…the last of which coincided with a visit from Evan Dando, which took up all my limited remaining bandwidth…  :-D”  All I can say in response is “Damn you Evan Dando.” Here are some pictures from their set at Maxwells. Thanks to Ben and Lisa. They were incredibly nice. It was a pleasure to meat them both. 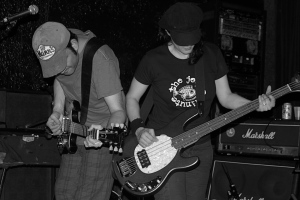 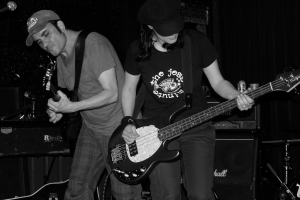 3 thoughts on “Don’t let Evan Dando near your Bandwith.”