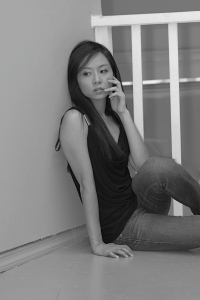 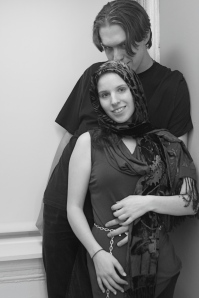 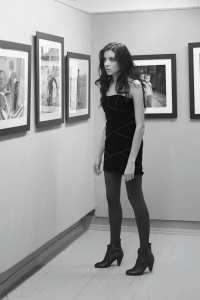 I’ve been a member of SOHO Photo Gallery since 2006 and have really appreciated the opportunity to share my work with the gallery members and the people from around the world that visit. However, I’ve always been torn about it.

Whenever joining a photo club or as is the case being a member of a COOP , my goal is to share and learn from the members. To create, inspire and be inspired. And of course to expose my work to new viewers. Having been a member of several such clubs Hob’art, The Palisades Camera Club and SOHO Photo I’ve gotten to do that. Yet, the experience has always left me wanting more. Coming to SOHO Photo was a big step for me. Having to work on submitting a portfolio for acceptance was paramount to my growth. Yet since joining I’ve been left with the feeling that I’ve joined a sewing circle at a retirement home. Each year when it’s time to pay my dues and renew I think long and hard about it. In 2010 I decided to renew with the ambition of shooting there from time to time on the galleries off days. I gingerly brought this up to various members I had hosted with. None of which seemed to show any concern. For me personally, that alone made it worth while. So I decided to take advantage. Recently, while shooting I was confronted by a member(One I had never met prior) . He was pissed off and said he’d be telling the elders. I jokingly said “Hey, point taken. Don’t be a rat and drop the dime.” He saw no humor in it.

Time went by and I got no feedback. no scolding came my way. Yet I still delayed my renewal. Maybe this was it. This was my sign. I got an email stating that I was “overdue” and ignored it. Still thinking. Then I got an official letter with the galleries letterhead and everything. I let it sit. Sunday morning Kayuri saw it on the coffee table and said. “Just renew. It’s not a lot. It might be worth it.” I wavered. “You know, why not.” That was until this morning when I got the email. That Rat dropped the dime on me and it upset some people. I can assure you and them it was never done out of disrespect or in a manner that would suggest I was sneaking around. Having discussed it openly in the past. I replied with just that and haven’t heard back since. But it made me think. I’ve never been much for groups and it’s been quite difficult relating to so many of the members in the past due to the vast generation gap. I’m deciding to follow my instinct and end my association. I can’t complain at all.

Life is what you make of it. You get exactly what you put into it. I never liked sitting in meetings. The openings rarely brought in new faces. It was always a mutual admiration society as far as I could see. There were times when members work totally blew my mind. Inspired me and made me yearn to be better. That’s a good thing. I’d definitely say my experience was a good one. It’s just time to try something new.