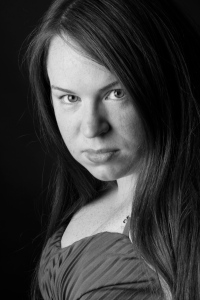 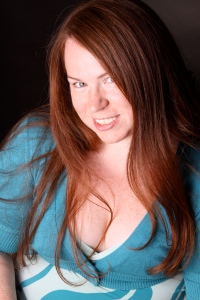 This past Friday I had a fun session with Denise and Kelly. I had asked Kelly if she would help me out on a little project I was working on and she was cool enough to indulge me. I might Kelly a few years ago through my friend Denise so it was a no brainer that she’s be coming along. As of late I have been using a black seamless background almost exclusively but sometimes worry that it might be a little too stark. I had seen a number of pictures of Kelly on her facebook page wearing some colorful dresses. That combined with her beautiful red hair would pop against the black and somewhat harsh background. I also wanted to get some cool, dramatic black and whites. Having Denise along for the session was great and helped add to the fun atmosphere. Towards the end of the session Denise snapped a few shots that were really nice. We’ve been debating which ones were actually hers but I’m willing to take her down for copyright. Thanks to both of them for making the beginning of the holiday weekend a blast.

One thought on “Fridays Session”