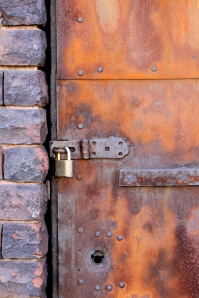 Last week while taking pictures in Hoboken (my town) I was swiftly pulled over by three Police cars. They came up on me quickly and boxed me into a corner.
An officer came up to me and very politely asked me what I was doing. They had received calls about a “suspicious looking photographer taking pictures near the trains and overpass.” The officer was cool. he just asked me what I was taking the pictures for and if i was working on any project, which I was. I told him I was a photographer and gave him a card which displayed an image like the kind I was shooting. He complimented my work and asked “Don’t you listen to the news? There’s a heightened terror alert today.” I laughed and told him I try to stay away from the news since it all seems bad. He radioed back “It’s just a photographer who’s working on a project. He’s legit.” Within a few seconds they raced off and I continued on my merry way.
I wouldn’t consider this a bad experience but it just goes to remind me how often this happens. I’ve been confronted by Police, Security Guards and just random people about where I can and can not take pictures. All the while our every move is being watched, filmed and documented. All so we can be protected from “ourselves”. I understand the fear that 9/11 created. I lost friends and family as did so many people. Yes, I understand the fear and the need to protect people but I don’t want to live in fear and be kept from doing the things I love because of it.