Though I would love to shoot all my concert photos without the distraction of flash the lens I normally use (Canon 15mm Wide USM) simply does not give me the speed I need to get the sharpness a lot of my work requires. A couple of years back I did a little research and found that Canons 50mm 1.4 had the speed I needed to get the job done. However, the fact that the bulk of my concert shots are taken in small to medium venues made for a lot of really tight shots. In bars and taverns such as Maxwells those tight crops were more like head shots.

So over the past weeks I did my share of tests with both the Canon 50mm 1.4 and the Canon 15mm Wide Angle USM. Shooting on Manual Mode and changing the settings  to adjust to the light I was able to produce some interesting results. While using the wide angle approach I was able to get right in the eye of the storm and get some interesting and artistic results. Though most were blurred and disposable,  I did find some keepers amongst the ruins. The next night I played around with the 50mm 1.4 and though I was able to get crisp image after crisp image, the distance from which I shot made me feel more like a bystander. There was really no comparing as far as I was concerned.  Although shooting without flash adds a sense of intimacy and storytelling to my images. I felt the wide angle clearly gave me a the exaggerated vibe I want in my work. It gave me a sense that I was right in the middle of the action as opposed to the bystander element that the former produced. I’d love to hear from other concert photographers about their experiences and approach. I’m always looking to experiment and try different things as I move towards creating my own style. I look forward to the challenge.

The way I see things, There’s gonna be a whole lot of Reapin’. 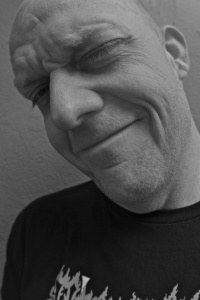 As much as I’ve always loved concert photography and capturing bands as they poured every ounce of energy into each song. It was always the before and after that I wost most enamored with. As a kid I would pour through fanzines and books like Dance of Days and Banned in D.C. so engaged by the shots of the kids at the show or the bands just hanging out. “Oh my God. They’re like… real people.” These were the shots that really told the story of the friendships and intimacy formed through the music. I always wanted to take those kind of pictures. I always wanted to take the “UnBand” picture. The one where they were just being themselves and not (as the Agnostic Front song goes) “Not another character in a Hardcore handbook. This past Saturday some friends, old and new, gathered to see GO! and others play the final ABC No Rio matinee before the ball and chain rebuild the aging landmark. I did my best to capture some of the friends who gathered. Some of which live on separate coasts. Others I only see sporadically at events such as this one. All near and dear to my heart. These are the kinds of intimate images I always wanted to take. I did my best to get some unguarded shots but people have a way of spotting a camera and wanting to ham it up. 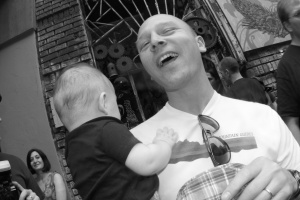 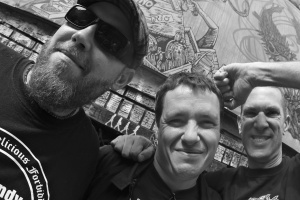 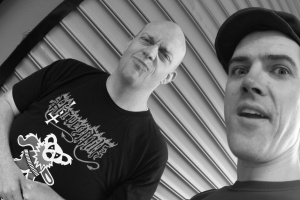 And they want candy. 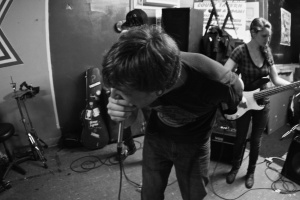 I can’t stress how important it is to support local bands and get involved enough to ensure that your town, clique or crew or zip code can build and maintain a music scene. It’s something that might take hard work but will reward you over and over again. Every band started somewhere. Bands we worship and write books about started by playing in  basements and holes to a handful of  people. Ask Ian McKaye. Ask Henry Rollins. Ask the fucking Beatles. Every band had to start somewhere. Every band was an opening band at some point. These bands need your support the most.  I’ve always known people who only show for the headliners or their friends band. Growing up the NYHC scene was full of them.                                                                                                                    Sunday afternoon I got to the all ages matinee at The Court Tavern early and was rewarded by getting to see a band from Maplewood, NJ called Polyphony. This five piece are probably young enough to be my kids. (I’m guessing their still in High School) but they perked my ears up…  and high. Just standing there taking it in I was reminded of all the great bands I saw in some kids basement back in the 90’s. Merel, Born Against, Greyhouse, Garden Variety, Dahlia Seed, Lifetime. All these great bands played to a bunch of friends somewhere in someone’s basement at one point. Their sound had me thinking of the sounds that were coming out of Ebullition and Council Records in the 90’s. They were so good that during their set I couldn’t help but think “That’s just the kind of band I’d want to promote on my site.”  I made a point of saying hello afterward and managed to pick up a demo. I’ll definitely be looking out for more shows in the future. You should too. 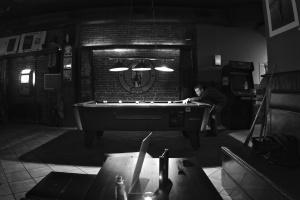 Side note; Upon buying the lens I was told to be careful of the glass and it’s fragile nature. Aside from the shots I took for NJ.com I’ve used it at two shows and found it to be nothing but amazing. It’s lightweight and gets great wide views. I’ve been getting within breathing distance of artists getting nice wide ranges and I’ve been able to capture the bands interaction with the crowd. I’ve also found it to be very useful shooting landscape and exaggerated portraits. My one and only issue is that I cannot go full wide with my Canon 7 D. Thus making me think I might eventually move to the 5 D.